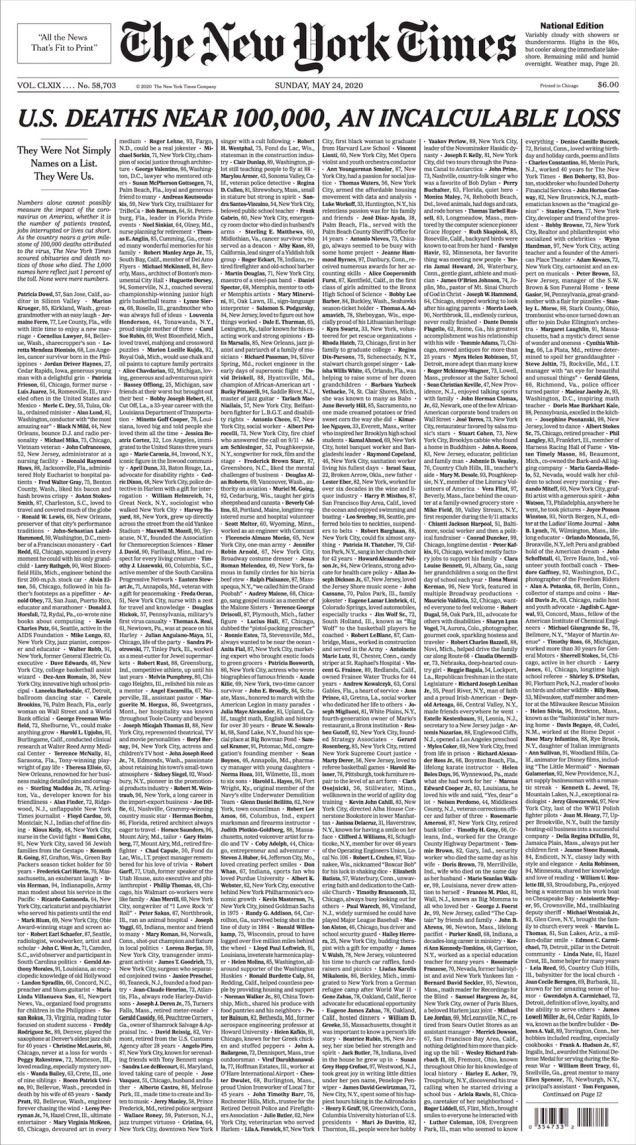 The New York Times has rightly been commended for yesterday’s stunning type-only front page. Blogging great Jason Kottke has a nice piece about it:

In the past five months, more Americans have died from Covid-19 than in the decade-plus of the Vietnam War and the death toll is a third of the number of Americans who died in World War II. When this is over (whatever that means), the one thing we cannot do is forget all of these people. And we owe to them to make this mean something. 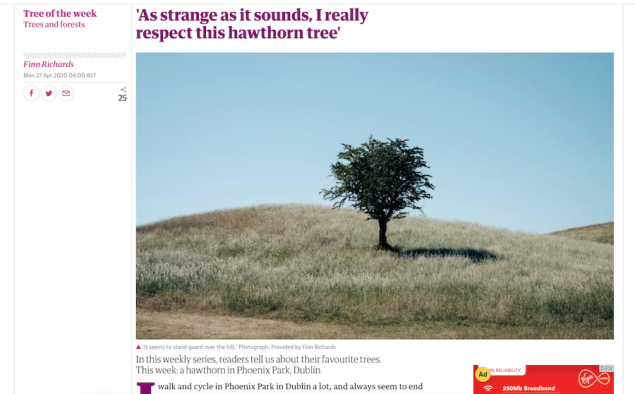 The moment I saw this picture in The Guardian a couple of weeks ago I knew exactly the place from where the shot had been taken, before I had even looked at the caption. It’s in the Phoenix Park near the Magazine Fort car park. Although I’ve now changed my usual starting point for my daily dog walking route, this tree is only a few dozen yards from the car park which I used to use. The tree’s shape, along with the worn-down path and the curve of the two small hills, are unmistakeable. It must have also made a real impression on the photographer, Finn Richards, because although in real life it’s quite small he describes it as standing “guard over the hill that it sits in front of.”

Because of the restrictions, I wasn’t able to get to the location to check whether my memory was accurate until today. All the smaller gates to the Phoenix Park are currently closed to cars, so I had to leave mine outside and walk in – but there the tree was, just as I recalled.

I haven’t got quite the right angle – it’s difficult comparing the screen of an iPhone with a scrumpled sheet of paper, especially when a dog demanding that a ball be thrown is also present – but I’m sure it is the same tree. I took another shot from a different angle, which shows its position relative to the Magazine Fort. 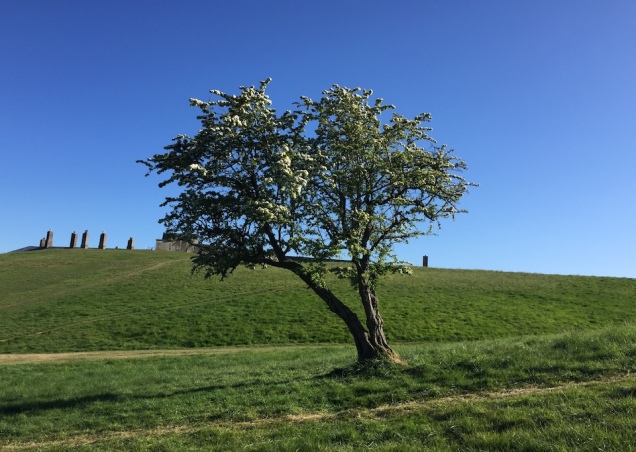 Looking more carefully at the Guardian’s shot today, I was slightly puzzled by the state of the grass – long, dry and sun-bleached. However, when I checked Finn Richards’s page on Instagram, I see that it was taken in July 2018, which explains it.

There is a reasonable chance that exercise and other restrictions will be relaxed slightly more next week. This could mean more regular trips to the park – something that both the dog and I are already looking forward to.