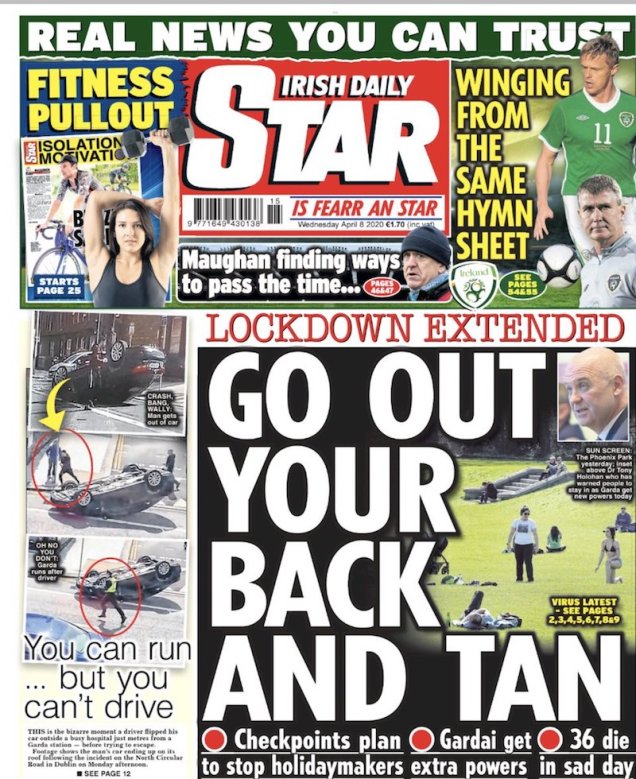 Back in the days when The Guardian had a separate pullout Media section (on Mondays, if I recall correctly) there was an occasional feature called I Wrote That: A (very) occasional series in praise of the sub-editors’ craft.  This was launched on 14 February 2000 with an interview with the Scottish Sun sports sub-editor, Paul Hickson, after he came up with a classic headline which has since found its way into any number of books and online articles dealing with headline writing. The headline appeared on a report on the Scottish Cup defeat of the mighty Celtic FC by the Third Division part-timers of Inverness Caledonian Thistle, topped with the line “Super Caley Go Ballistic, Celtic Are Atrocious”.

As Hickson explained in the article, this was an adaptation of a headline which allegedly appeared in the 1960s in a Liverpool paper, “Super Calli Scores a Hat Trick, QPR Atrocious”, although no one has actually tracked the original down.

This week saw an Irish Daily Star front page which would surely be a contender for another entry in the Guardian’s “occasional” feature. To head a report on how the Gardai are getting extra powers to stop people setting off to enjoy the current good weather in their holiday homes, an anonymous sub came up with the great line, “Go Out Your Back and Tan”. In doing this he or she has referenced a well-known (in Ireland) song “Come Out, Ye Black and Tans” which has enjoyed a couple of unrelated boosts to its popularity over the last year. The first was a parody version written for a TV ad for Bradys Ham, “Come Out, Ye Other Hams”. The second was its use by Steve Coogan appearing as an Alan Partridge impersonator in an episode of This Time with Alan Partridge, the “TV moment of the year”, according to RTE News. When Sinn Fein used the same tune in a TV ad, and some of the party supporters sang it at the recent General Election count, the irony quotient went up to 11.

Great stuff. And here, just for the record, is Paul Hickson’s original effort from twenty years ago, in a picture I found on the Troll Football website. 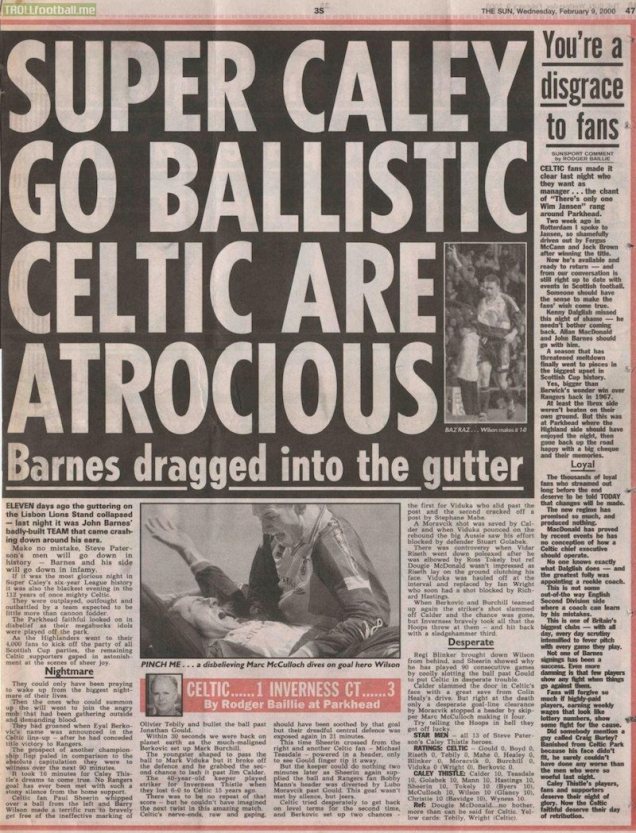